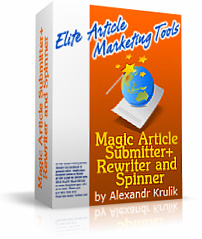 Google Adwords has revolutionized online marketing and has allowed many people to own lucrative businesses that they run from their homes.

On the other hand, there have been unfortunate people who haven’t  taken time to really understand Google Adwords and they lost money in the process.

As a Google Adwords consultant and expert, I often come across people who could start making money immediately if they applied very simple strategies. Here are some random tips that you can apply and make your Adwords Campaign more profitable:

When you start out choose about 5-10 keywords with high search volumes that you believe may be very profitable. Instead of putting them all in one ad group, create separate ad groups for each of them.

So now you have five to ten new ad groups each containing only one keyword. Make each of those keywords a phrase match and an exact match.

Then create two ads each for every ad group. You will realize that after some time one ad performs better than the other. Pause the one that is not doing well and write a new one. The idea is to constantly create ads that compete with each other allowing you to improve your results on a consistent basis.

Pay attention to your landing pages. You may find that you are getting a lot of clicks but not many sales. This could be because users are not finding what the ad promised.

Also, the headline on the landing page may not be compelling enough.

Focus on the profits you are making  even if the numbers in your Adwords account don’t look too impressive.

As long as there is profit you can always improve things. If you are finding it hard to get clicks on your ads, that’s a different matter.

Check whether your average position is too low (in many niches below 3 doesn’t work out very well). You can increase your position by improving your ad. Once you start getting more clicks Google automatically rewards you with a higher position and a lower cost per click.

All in all Google Adwords can really help to improve your business. You still have to do your part and constantly monitor your campaign.

Don’t make the mistake of simply creating some ads and waiting for the money to start rolling in.  Eventually, it will but first apply the tips I have given you! 😉

Ad: Get targeted traffic with GSneak.